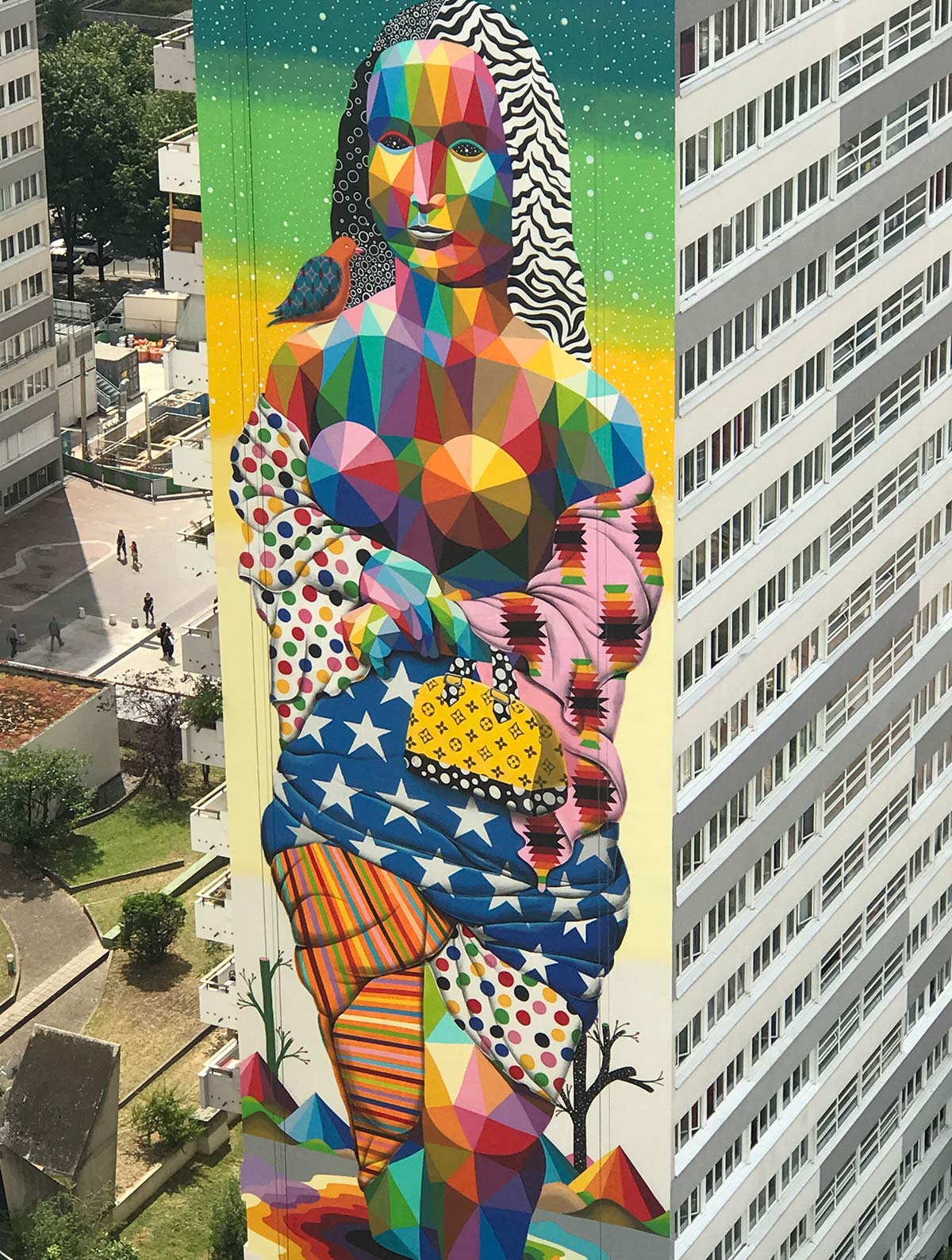 The 13th Arrondissement of Paris is home to “The New Mona Lisa”, a giant mural painted by Okuda San Miguel, who was commissioned by the district’s residents, in partnership with the By Night Gallery. “The New Mona Lisa” pays homage to Leonardo da Vinci’s masterpiece in the city of Paris, where it is held. It was also a way of leaving his mark on the French capital, with the interpretation of one of the most famous works in the history of art. 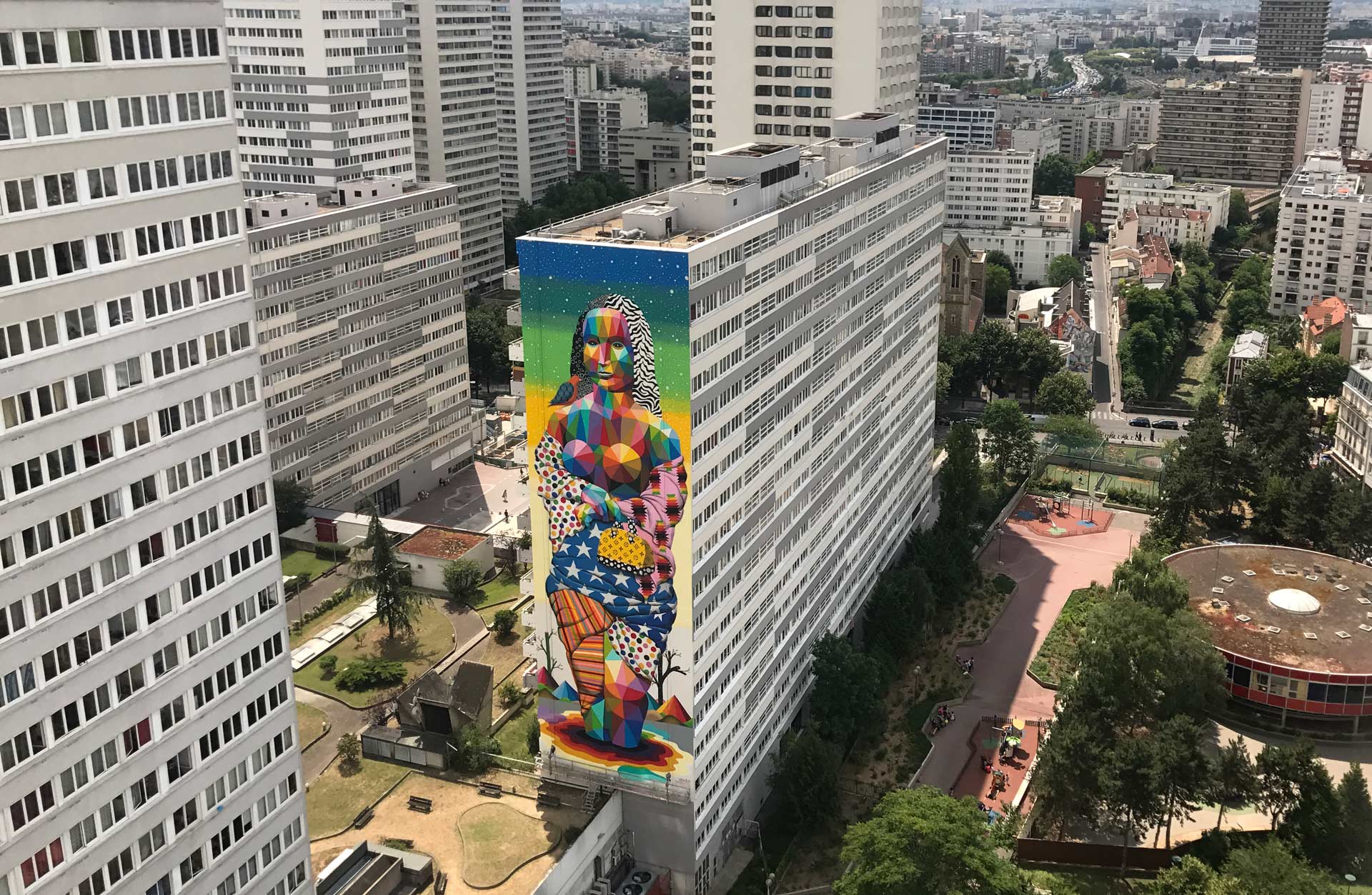 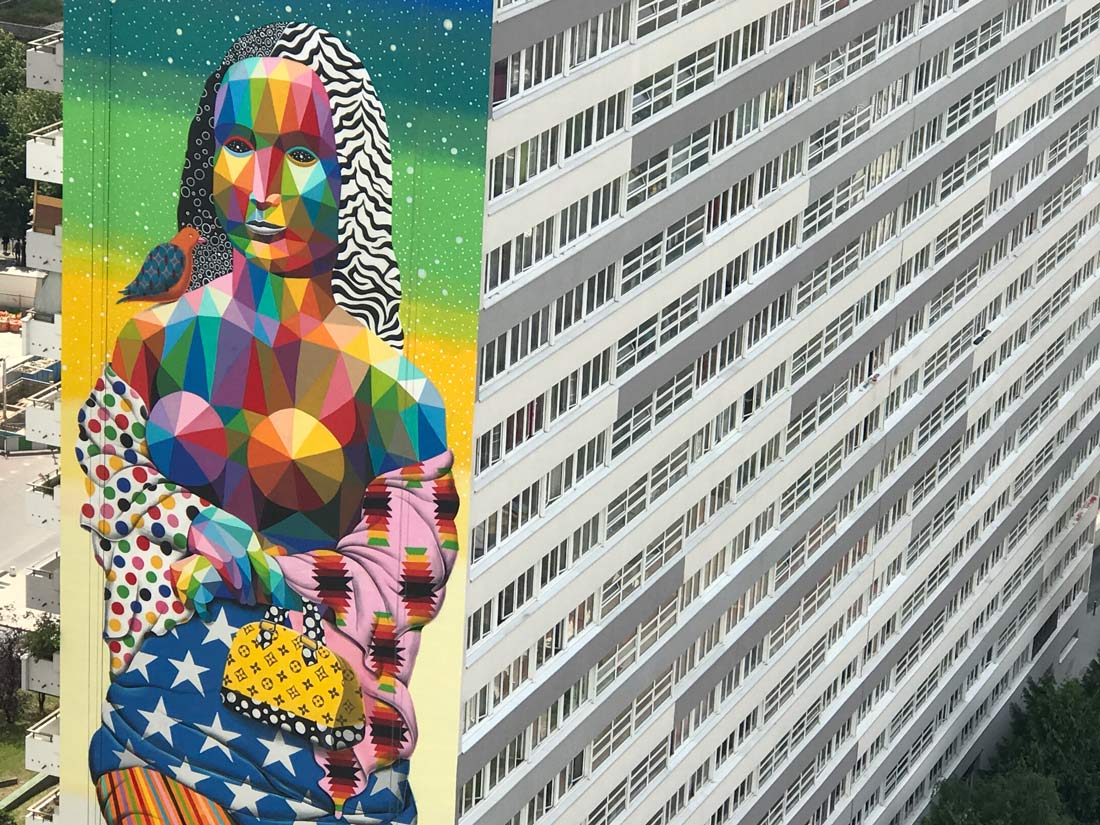