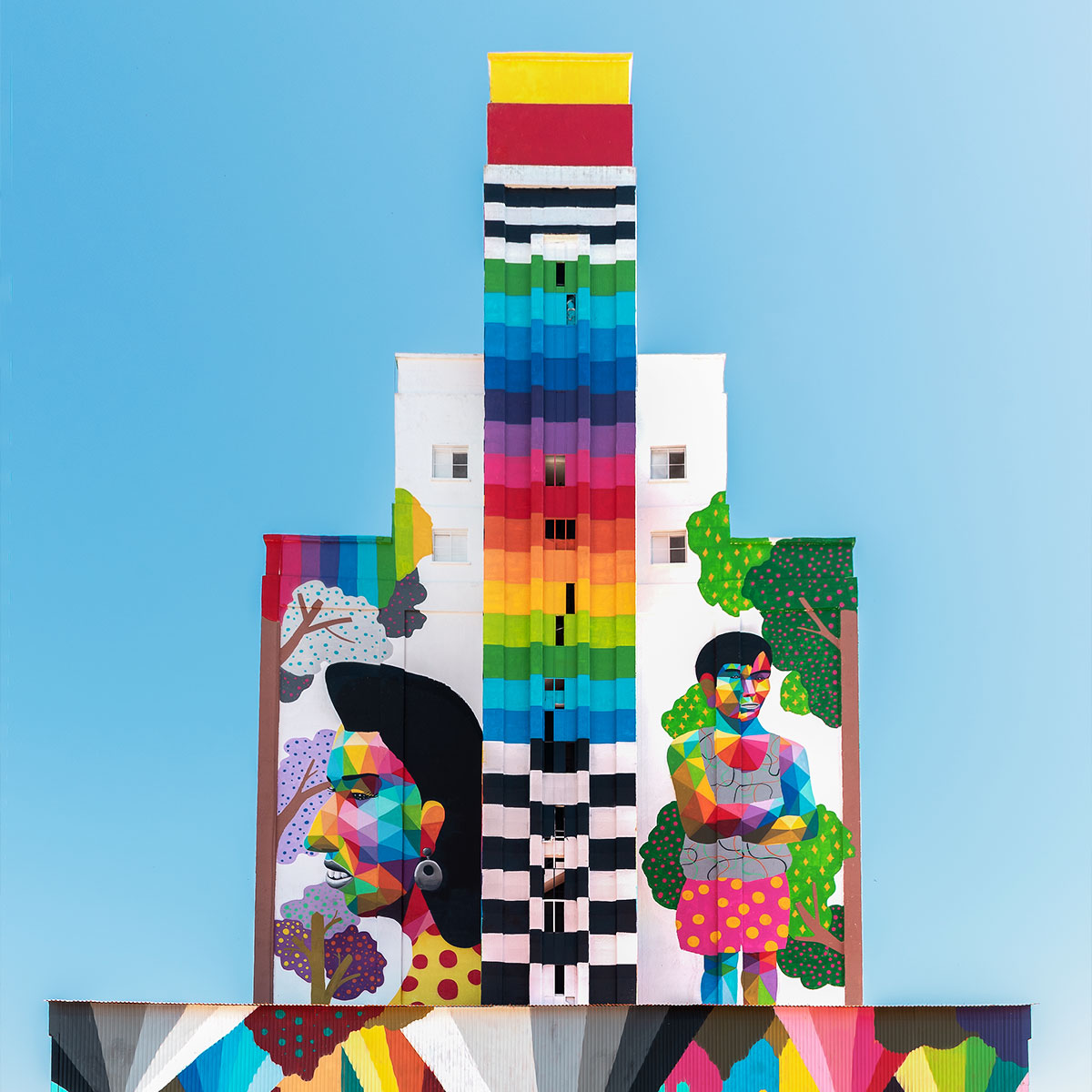 A series of huge silos in the province of Ciudad Real were converted into a massive outdoor contemporary art gallery as part of the Titanes project. The initiative was curated by Okuda San Miguel, produced by the Laborvalía association with Ink and Movement and promoted and financed by the Diputación de Ciudad Real, to facilitate public access to art and social inclusion for people with disabilities. Okuda painted a large mural in Calzada de Calatrava, the hometown of the film director Pedro Almodóvar. Okuda’s work, entitled “Legends from La Mancha” contains references to the director, as well as to local history and traditions. The artists participating alongside him in 2019 include Bicicleta sem Freio, Daniel Muñoz, Demsky J., Equipo Plástico, Fintan Magee, Hell´O, Smithe, Nychos, Ricardo Cavolo and Spok Brillor. This year’s Titanes event coincides with the 15th anniversary of Urban Art, the first urban art event in Spain, in which Okuda also took part. 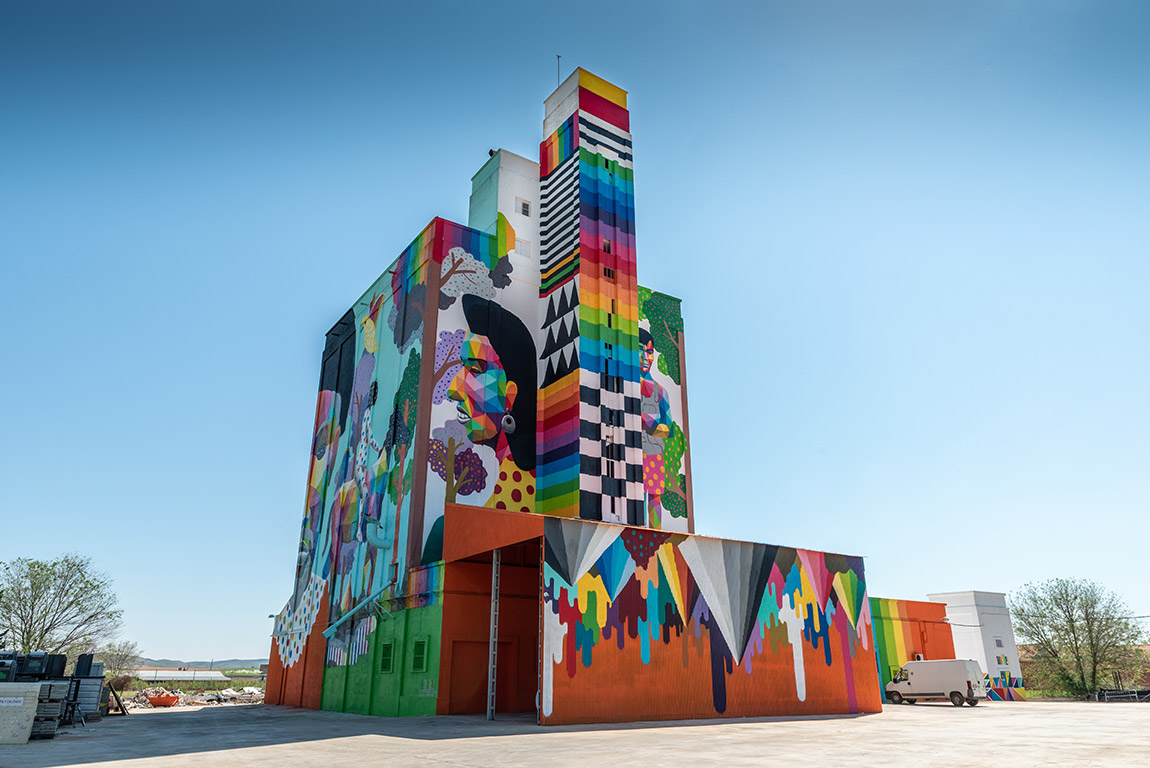 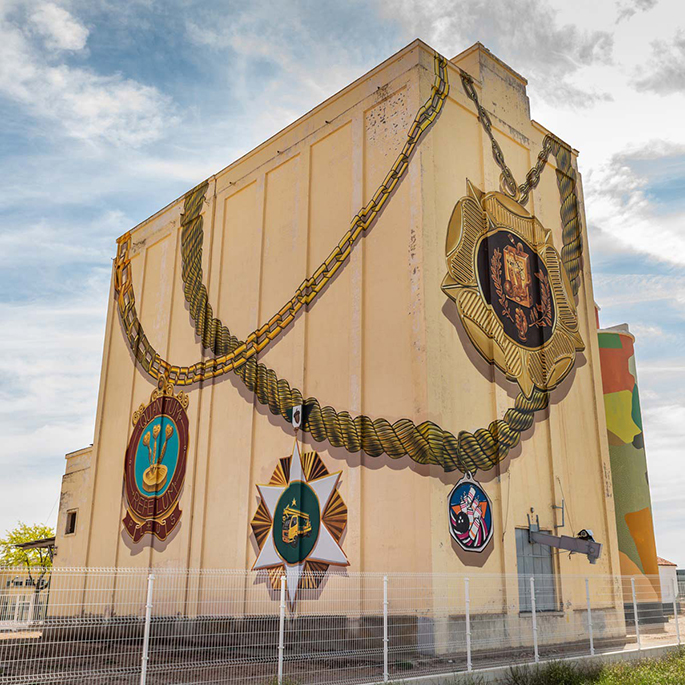 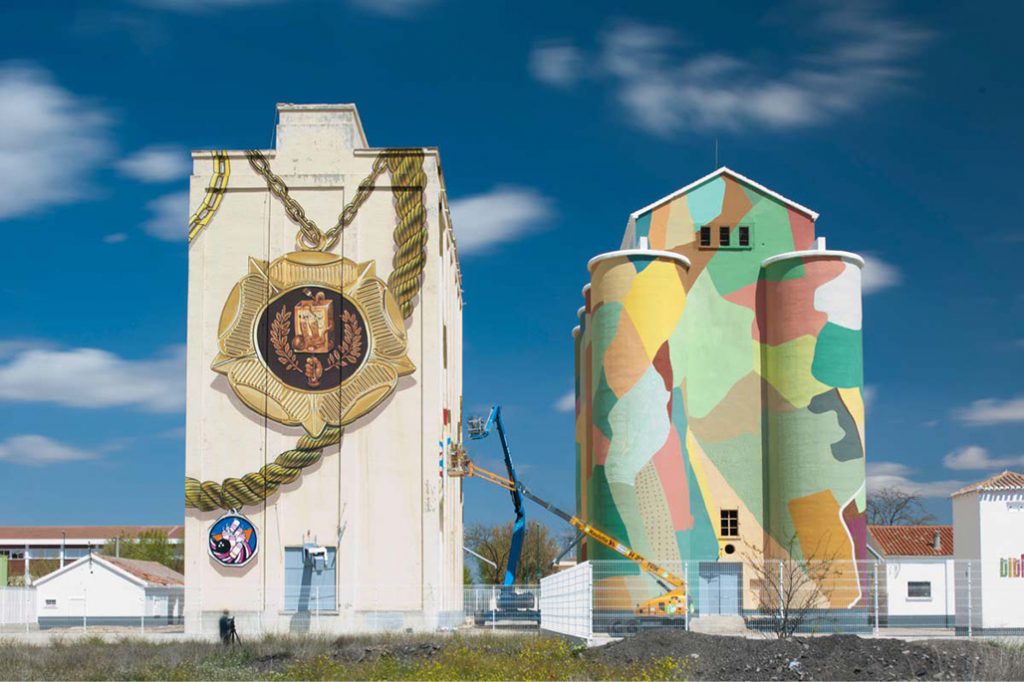 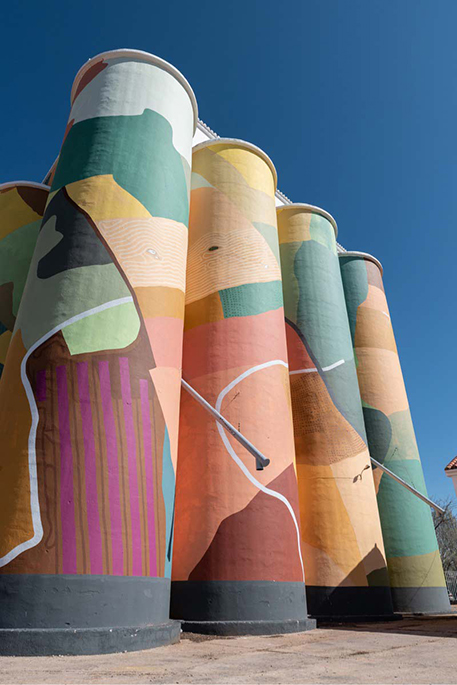 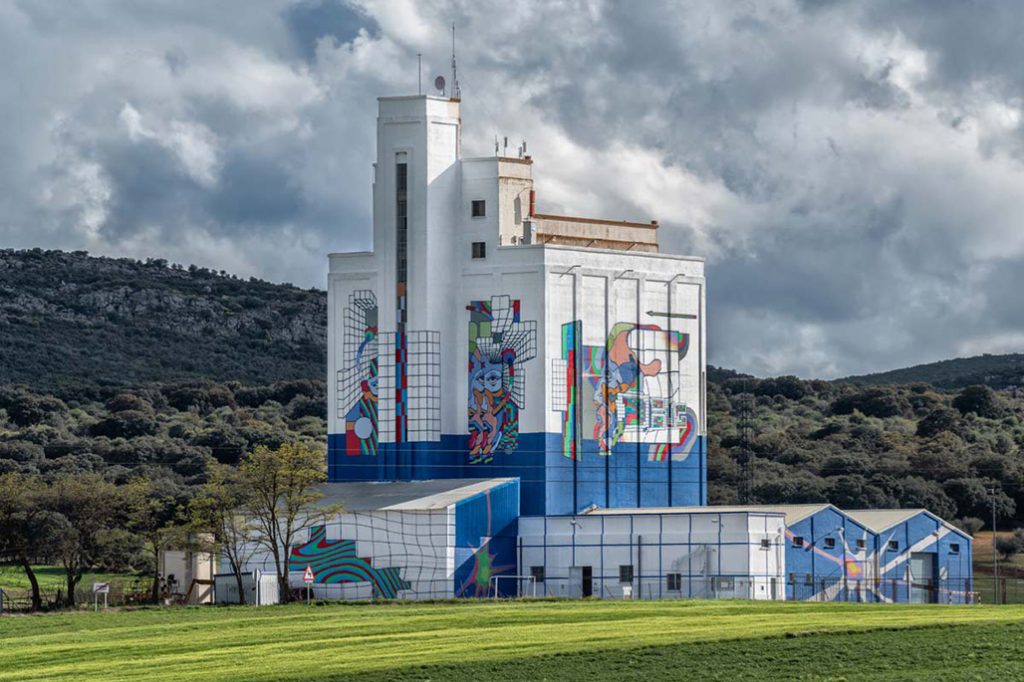 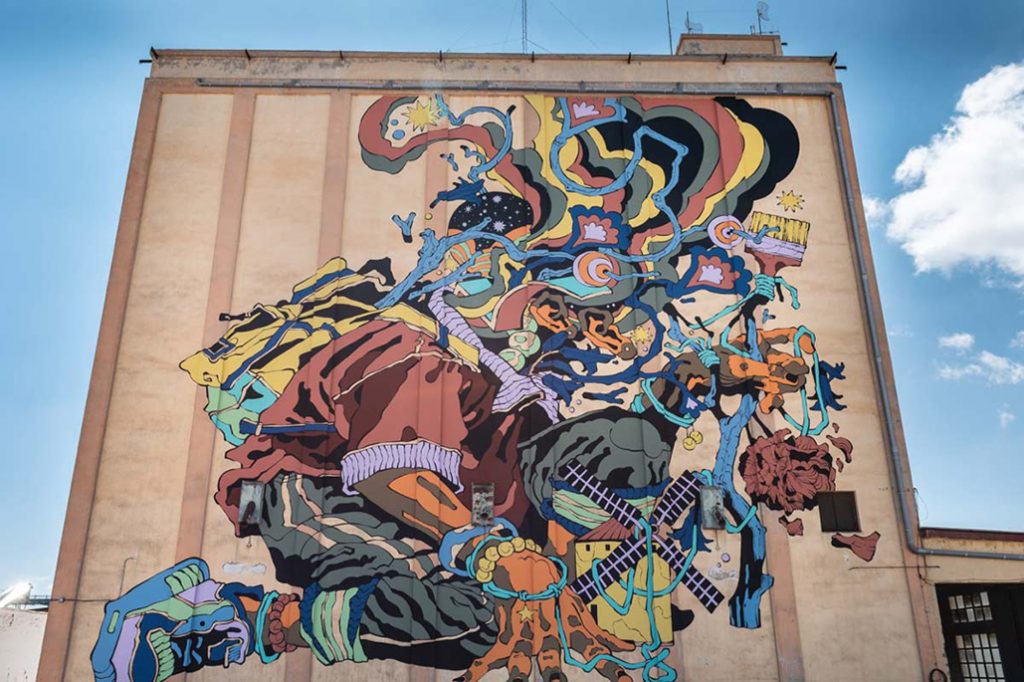 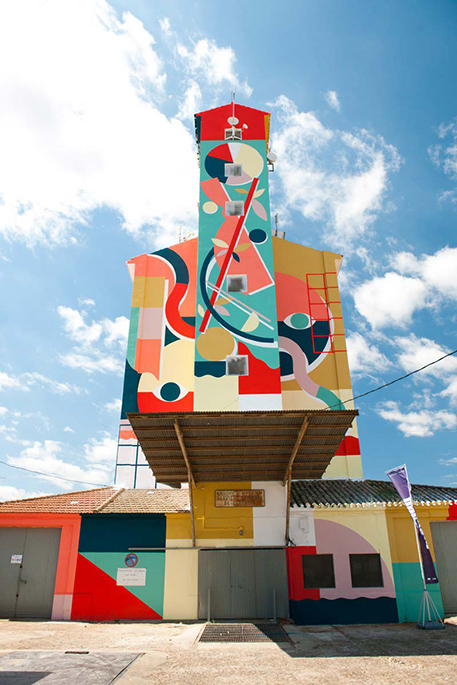 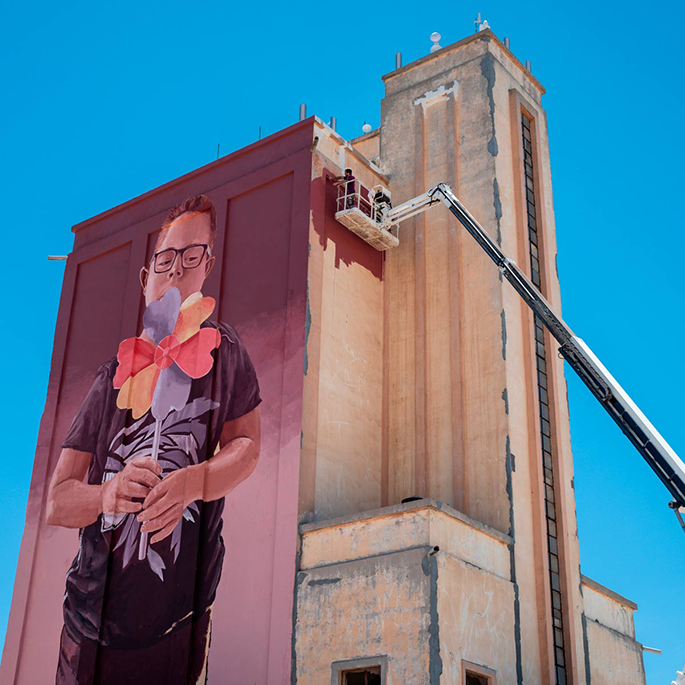 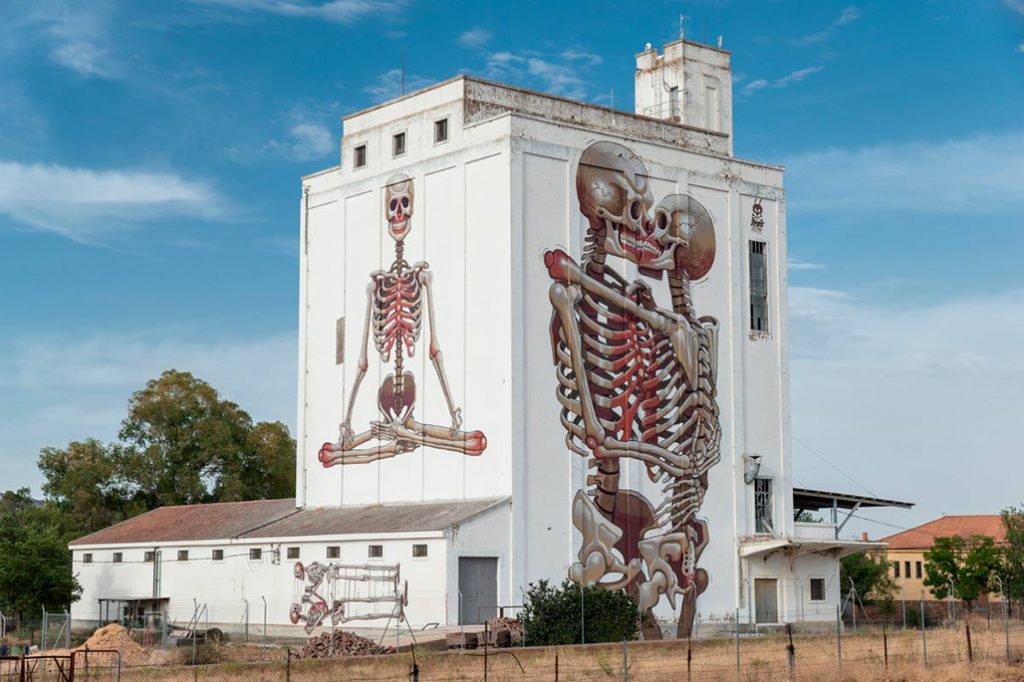