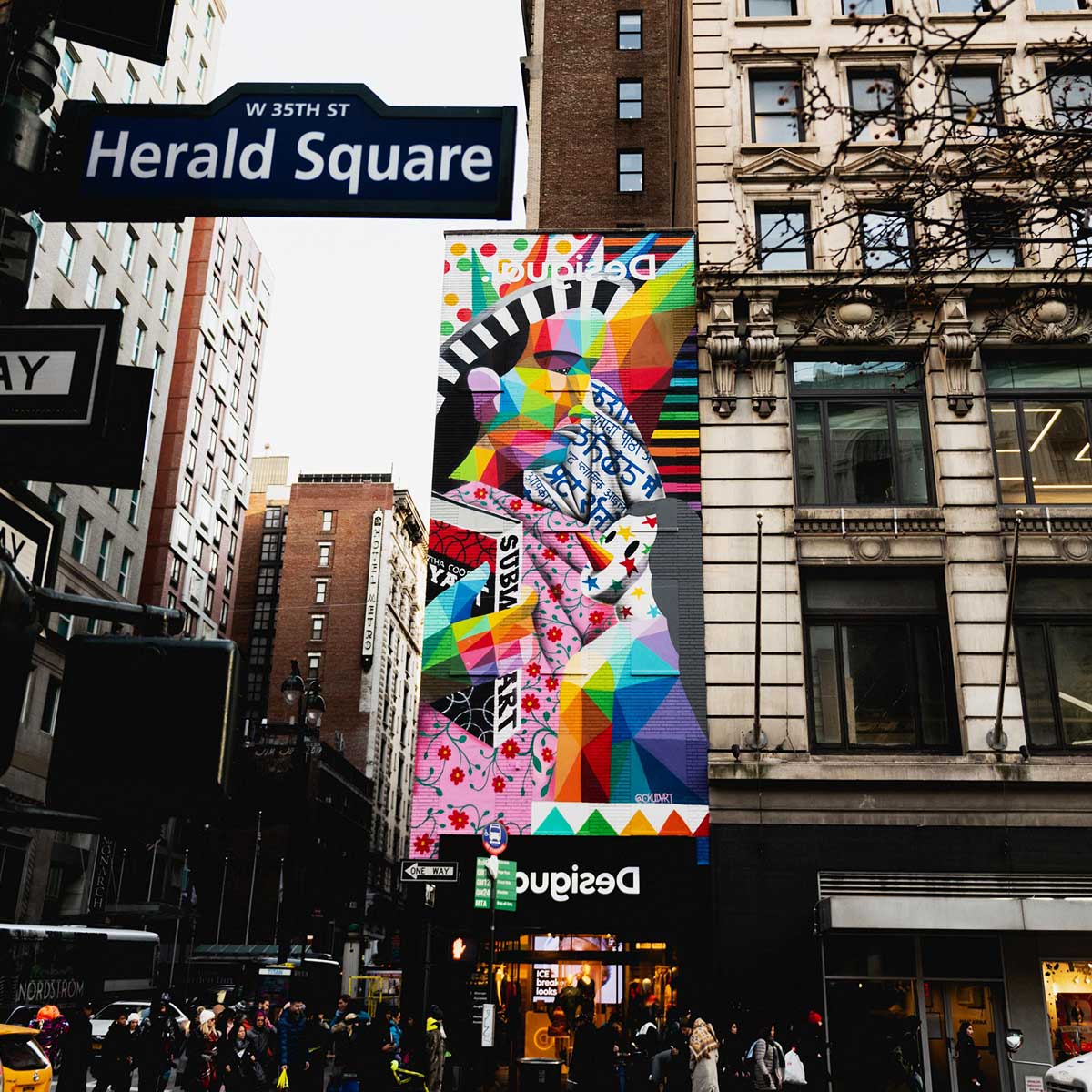 The brand Desigual reopened its Herald Square store with a large mural on its façade by Okuda San Miguel. A tribute to multiculturalism, art and colour to New York City. This mural looks after every culture in Okuda’s imagined version of the city. In its hand, this Statue of Multi- culturalism is holding the “Bible” of street art: Subway Art by Henry Chalfant and Martha Cooper. But this Statue doesn’t stand alone: throu- gh a world of textures, Hindi and Arabic typography, colours, prints and hybrid characters made up of animals and elements of the city, Okuda is telling us a story about diversity and street art. 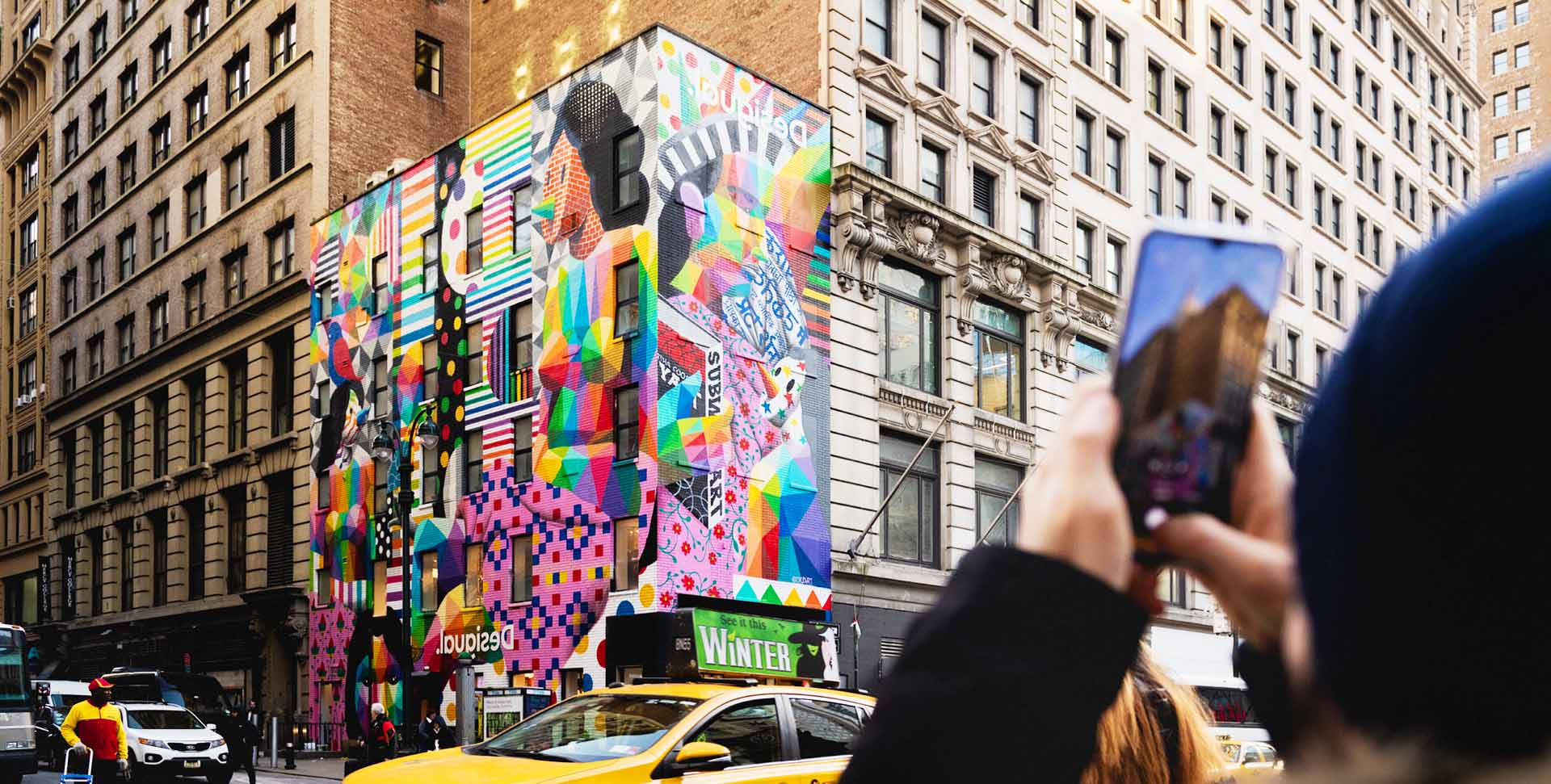 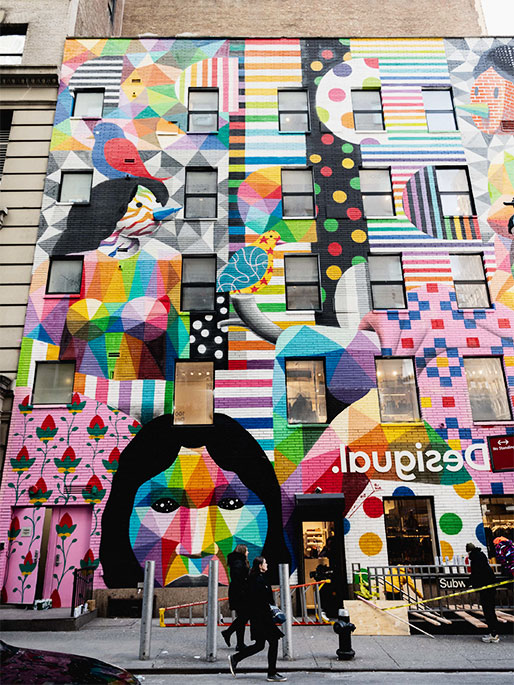 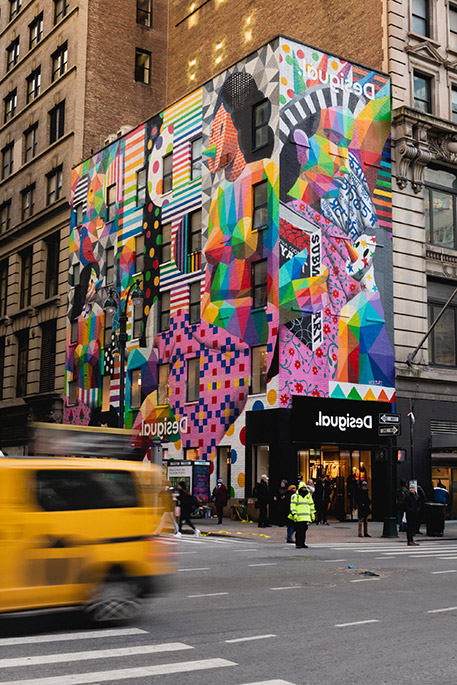 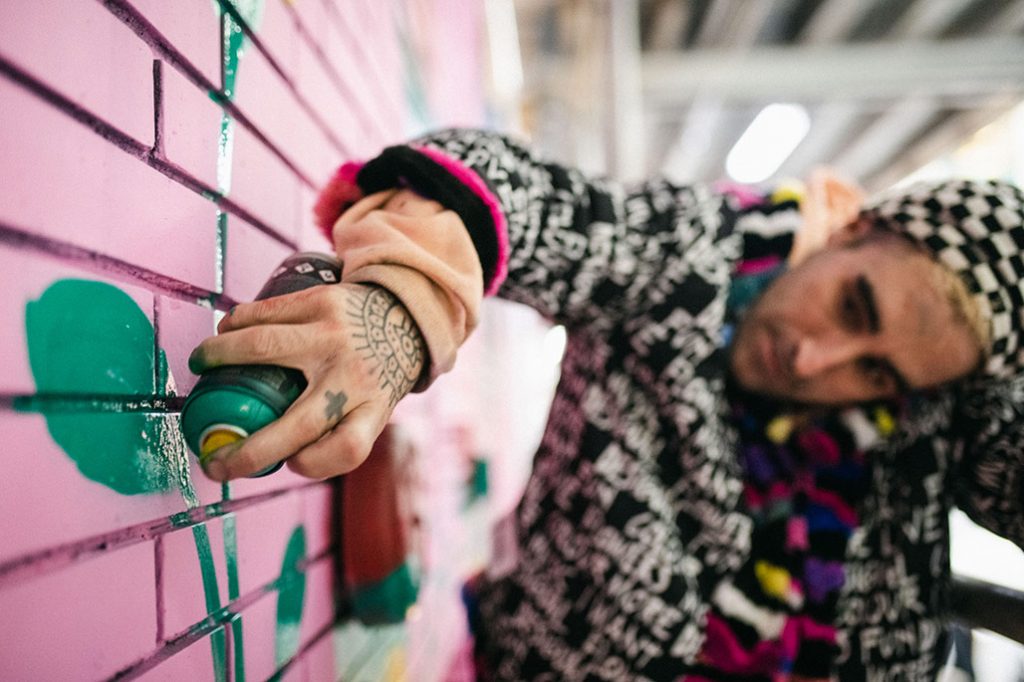 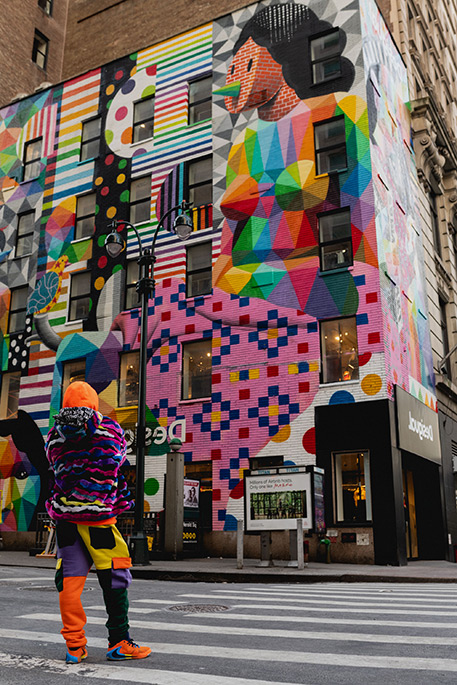 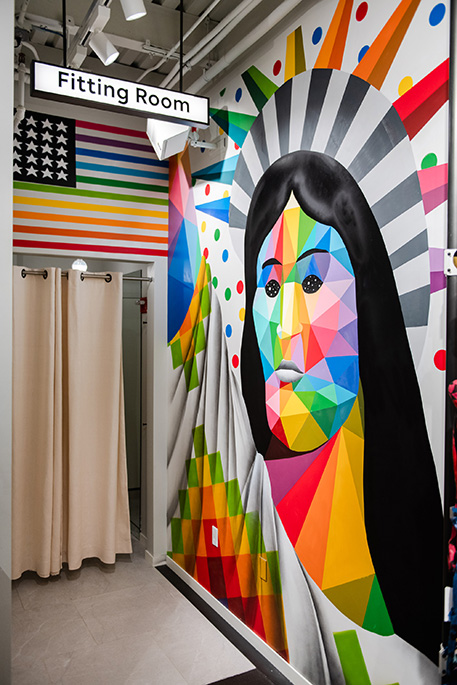 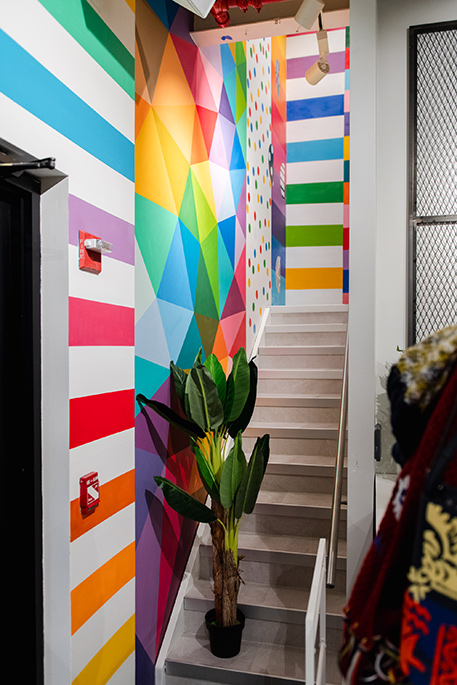 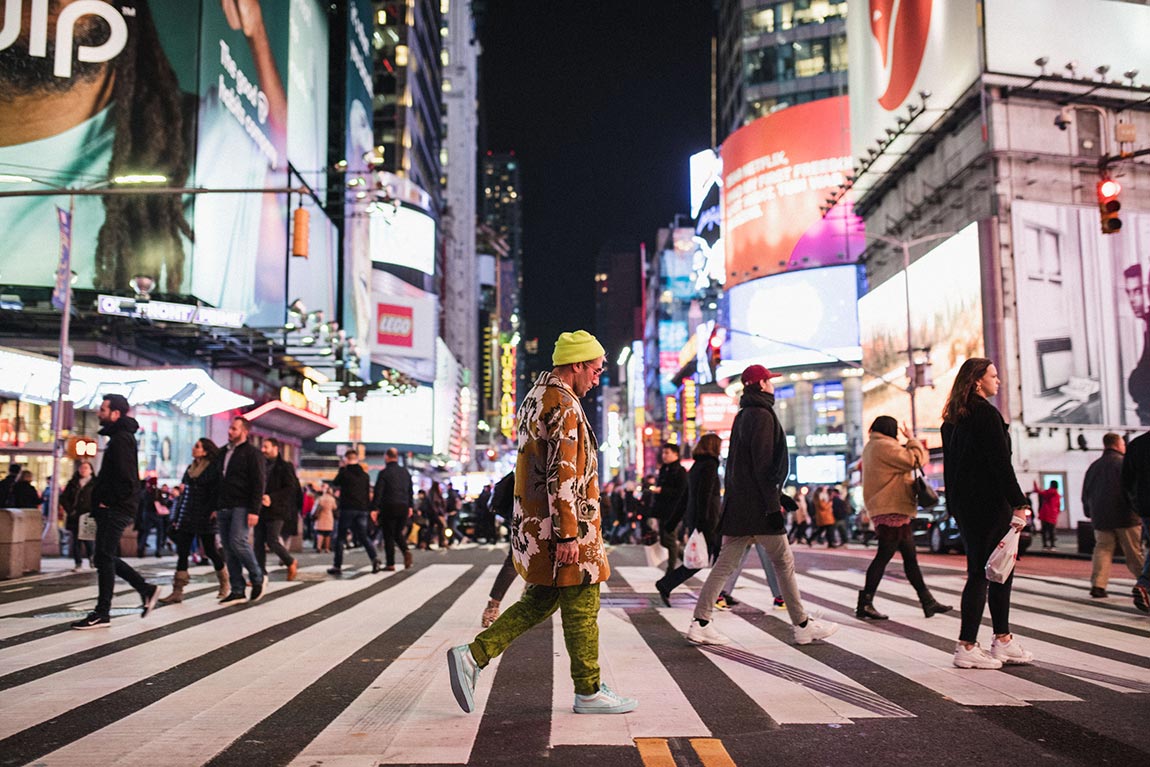